A hero is made in a moment.  How do you decide what to do in a given moment?
You can't question the past or spend your life worrying about the future.  When you expend that much energy in either of those states, you risk the moment.  In the moment is when you make the choice(s) that determine the course of your life.


Moment by Moment.
So then where does VISION fit?  How can you live and BE in the moment and still have a vision, a dream?  Is it a contradiction?

How do you define  your vision?  In today's headline-driven world, when and how do you find time to think? to be still? to contemplate what you want.  My premise here is that you can't get what you want unless you KNOW what you want.  Often we define it by what we don't want... choosing the negative in an effort to rule out certain options.  I believe negative begets negative so get outta there!!  The list of things you don't want could be limitless but the critical things that you DO want may only fill up a few sheets of paper.  Go with what you know, not what you don't.  The reverse (the negative) is a mind trap.


What's a mind trap?
A mind trap is something I call the negative thought onslaught that happens to prevent you from moving forward - from acting rather than waiting - from believing, choosing, doing.  It's the deception that negativity introduces telling you that you "have more time so do it later" or that lulls you into listening ONLY to the negative words.


So, what's a hero?
How do you define a hero?  Generally, it's a person who displays courage in the face of danger or adversity, who may sacrifice themselves for a greater good.  A hero can be many things depending on your point of view -- a teacher who shows up day after day to teach high school English; a firefighter or police officer; someone in the military; a foster parent... or simply a parent.

BUT, No Where in any definition does it say a hero is someone without fear... it says, a person who displays courage.  Courage is not the absence of fear, rather it is a choice to act in spite of the fear.


Now, stay with me here:  If the mind trap is fear actively working against you - teaching you to dwell in the negative - then a hero is also someone who actively resists that fear - any fear - and ACTS in spite of it in the positive, right?  hmmm.  Yep.  I think so.


What will it take for YOU to be the hero of your own life? 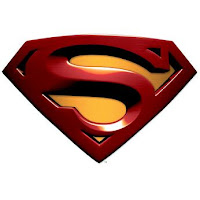 Every moment of every day you make choices.

Take a moment and identify your thoughts.  What are they saying TO you?  If there's something telling you 'this is stupid' or 'you don't have time for this' or any number of a 1000 other NEGATIVE phrases that would prevent you from considering a possibility:  TELL THOSE THOUGHTS TO STOP!

Resistance is NOT futile.  It actually works.  It just takes practice. We simply have to re-train our brains to accept the POSITIVE.  To recognize the positive... and to SPEAK the positive.

The mind trap is relentless though so we have to be vigilant.  Battling for control of the words running through our mind.

A hero really is determined in a moment.

THINK about who and what you want to be.  Now BE that.

Your VISION for your life starts NOW - with one choice at a time - moment by moment by moment.  Start walking in the positive and before you know it, you'll have become what you always wanted to be.

I spent too many years trapped by my own chains, ghosts of the past weighing me down. Now as I begin the second half of my life (already a sign I'm thinking positive at age 52, I'm following dreams that escaped me long ago. I've written a couple of books and a screenplay. I have a blog at http://suzannesmindscape.blogspot.com/ and sail on the twitter stream. I've put myself out there when others would fear stogma, because someone has to do it to end it. And I took the plunge and have begun at the top (what better place to start) at getting my screenplay turned into a reality. Next I need to work on getting the books published. And that my friends, is only the beginning.